A new report led by the Utah Rivers Council highlights a startling fact about the Colorado River: As Upper Basin States call for more dams and pipelines, they are actually overusing their allocations to the dwindling river.

The report –– A Future on Borrowed Time –– comes as Colorado, New Mexico and Utah make calls to build dozens of new projects to suck water out of the river while simultaneously using more water than they are entitled to under the current framework of river management.

The startling findings in the report are substantiated with federal data and highlight the gross mismanagement of our water supplies in places that are not investing in conservation and continuing business as usual.

This summer, federal officials declared a first-ever Tier 1 Shortage at Hoover Dam, triggering cuts to Colorado River water users in Nevada, Arizona and California. Upper Basin states have not committed to cutting their usage and have made no similar concessions as the system continues to crash.

The report’s research is based off the well established 21st century average flows on the river and models for the likely declines that top scientists expect to continue on the Colorado River and its tributaries in the coming years.

Water managers and leaders in Western states need to embrace the data that they have been ignoring for years. We don’t have time to waste. 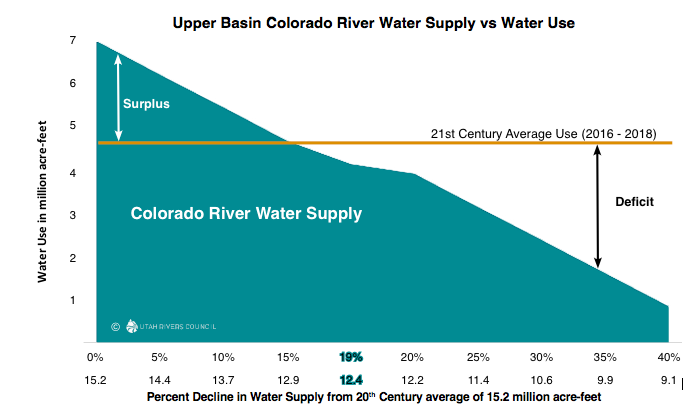 GBWN IN NYT: WHAT CAN THE MOJAVE ENDURE

Time for realism on lakes Powell and Mead